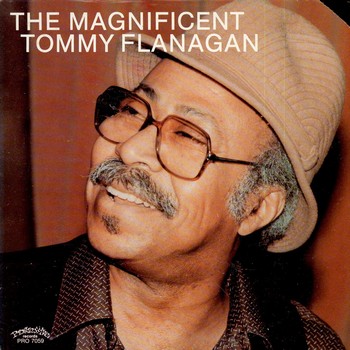 Wiki: „After leaving Fitzgerald in 1978, Flanagan attracted praise for the elegance of his playing, which was principally in trio settings when under his own leadership. In his 45-year recording career, he recorded more than three dozen albums under his own name and more than 200 as a sideman. By the time of his death, he was one of the most widely admired jazz pianists and had influenced both his contemporaries and later generations of players.”